As we reported in November, high-street rent-to-buy firms are widely seen as the ‘new’ payday lenders, renowned for charging inflated prices on goods such as TVs and fridges, stacked up with thousands of percent interest and unfair lending practices. That same month, regulators blasted Bright House as ‘not a responsible lender’, ordering it to pay back millions of pounds to those unfairly charged.

In a debate in Parliament today, Gareth Thomas called on the firm—along with other high-cost lenders—to be required to contribute towards the cost of providing advice to those in problem debt.

Gareth Thomas’ intervention came during a debate on the second reading of the Financial Guidance & Advice Bill, which includes measures that will bring existing debt and money advice services under a single body. The Government claims the new body will be more effective, providing a one-stop service to those in need of help with money management or support with debt.

High street banks and building societies currently contribute to this cost of these services, and will be expected to continue doing so under the new body. However, it is unclear whether BrightHouse and other payday firms, as leading sources of problem debt,  will also be required to chip in. 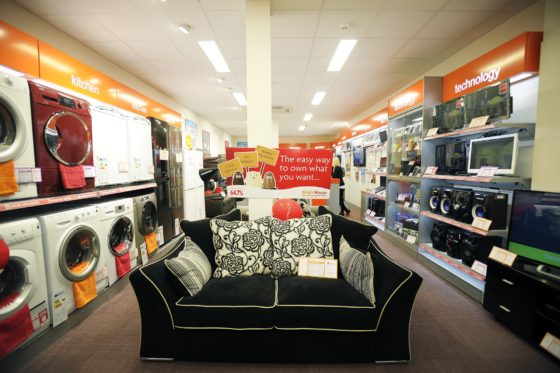 In the debate he also called on the Minister to explain what the new body will do to promote credit unions as an affordable alternative. Across the UK, more than 1.2m people are already members of credit unions, which are financial co-operatives  that owned by their customers and run on a not-for-profit basis.

Does the Secretary of State accept that there is a particular problem with household debt generated by high-cost credit lenders, such as BrightHouse? Under clause 10, the Financial Conduct Authority can levy to cover the costs of the new single financial guidance body. Can she reassure me that high-cost credit companies such as BrightHouse will be covered by such a levy, and will she tell the House what this body will do to encourage the take-up and awareness of the products offered by credit unions—a far lower cost of debt provision?

In her response, the Secretary of State argued that indebtedness is falling, and in an apparent attempt to sidestep the question, argued that Parliament’s focus should be on the legislation itself, rather than the specific nature of the advice that the new debt advice body will provide.

Of course, the risk is that without a specific commitment from the Government, ordinary banks and building societies will be expected to contribute towards the cost of providing independent financial and debt guidance advice to their customers, while other types of ‘consumer finance’ providers such as BrightHouse and payday lenders—arguably the worst culprits when it comes to irresponsible lending—will be let off the hook.

The Co-operative Party’s Parliamentary team, supported by members and elected representatives across the country, will be working to ensure they aren’t.