How can co-operative growth embed resilience in the post-Covid economy? 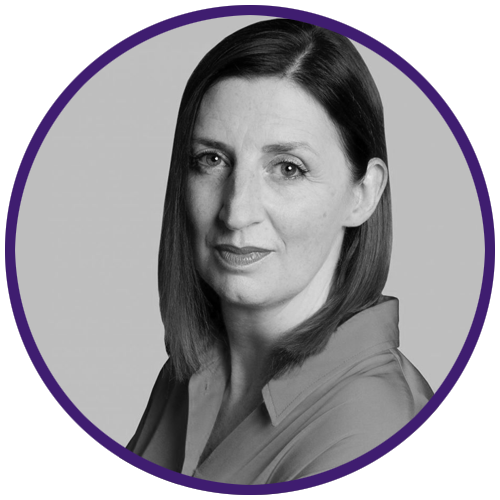 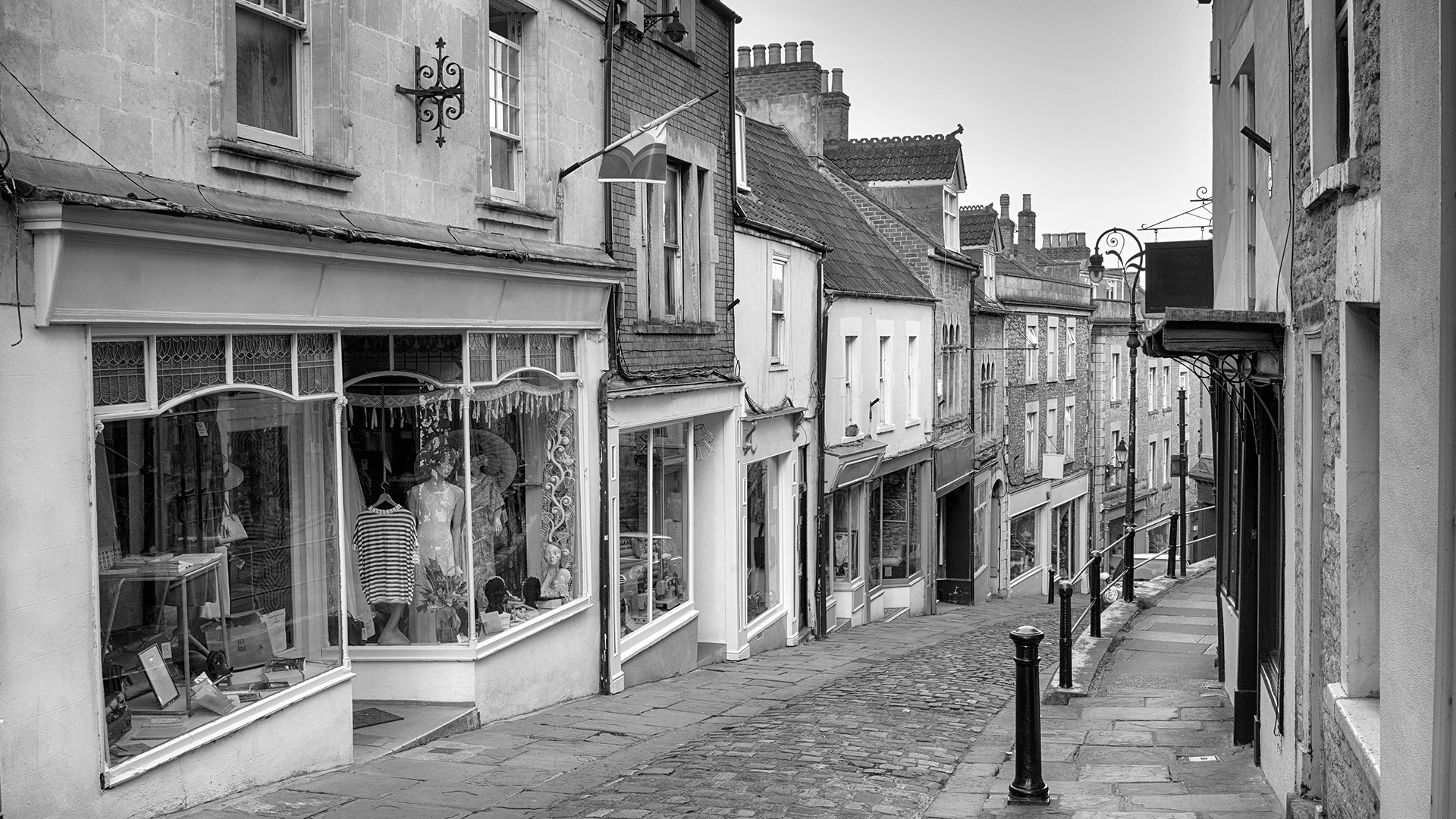 Rose Marley is the Chief Executive of Co-ops UK, the network for Britain’s thousands of co-operatives, working to promote, develop and unite member-owned businesses, having been a social entrepreneur for the past 20 years.

Living on a ball of molten rock hurtling through space involves dealing with immense challenges and uncertainties. The chances of complex life evolving at all in these conditions seem incredibly small. Yet here we are.

As Chris Packham documents in his BBC series ‘Animal Einsteins’, co-operation is a critical component of survival in the animal kingdom. Everywhere we look in nature, including in human societies, we find evidence that co-operative behaviour has been a vital evolutionary adaption, allowing life to flourish in very difficult circumstances. Our human story, with its dramatic changes in climate and geography, from savannah to tundra, warm period to ice age, is largely one of resilience born of co-operation and mutual aid. When we’ve worked together for a common good, we’ve survived and thrived.

These co-operative behaviours are as essential today as they ever were. No aspect of our economy – not our markets, our businesses, our households, or our state – would be conceivable without them. Yet so many of the dominant institutions in our economy seem to subordinate our natural co-operative instincts to self-aggrandisement, egotism, domination and greed. And we are only just beginning to understand the consequences, in terms of human and planetary wellbeing and it doesn’t look good for our future if we carry on the same trajectory.

Co-ops are different. Here people are consciously creating economic institutions that work with the grain of our natural co-operative instincts. Co-ops are fundamentally and unambiguously shared endeavours in pursuit of common goods. By design, they share power and wealth.

Given these lessons in nature, we might expect co-op growth to add resilience in our post-COVID economy. Given ballooning household and SME debt, an impending wave of job losses and business failures, shameful data on poverty and warnings we’ll miss our emission reductions targets, resilience matters. And given the evidence that co-ops do indeed increase resilience, they matter as well.

There is remarkably consistent evidence from the UK and around the world that co-ops tend to be more resilient than other businesses. In the UK, co-op start-ups are almost twice as likely to survive the first five years as new starts generally. [1] Resilience is also a quality seen in established co-ops. Most co-ops in the UK are more than 20 years old and 25% over 50 years old.[2] By comparison, the average age of a business in the UK is just 8.5 years.[3] Research also finds that co-ops are more resilient and better at preserving decent livelihoods in downturns. [4] [5]

The latest survey data from the UK co-op sector, suggests that the model has performed very well against the challenges of COVID. Almost two thirds of co-ops are still optimistic about their future and are as ambitious as ever. Of the 67% of co-ops who had ambitions to scale their co-op before COVID, 73% still have the same ambitions now, while 15% are even more ambitious. Meanwhile the number of co-ops who are “seriously concerned” about their finances has only risen by just 1.3% in the past year (to 6.1%).

Why are co-ops resilient?

In our recent sector survey, the vast majority of responding organisations identified clear benefits of having been a co-op during the pandemic. This include having the support of committed members and being able to respond to the needs of customers and communities. The ability to draw on capital contributed by members or on reserves was also commonly identified.

Co-operative purpose, ownership and governance all dictate long termism. Co-ops exist to provide livelihoods and meet communal needs, not to generate returns for investors, and power inside co-ops is distributed accordingly. In an economic shock it’s the members calling the shots, in their collective, long term interests. There are no shareholders demanding layoffs in order to protect short-term profitability and return on investment.

For decades co-ops have been choosey about financiers, while patiently building up and investing their reserves and making use of members’ capital wherever possible. Recent research into community shares has added further credibility to the claim that the co-operative approach to financing enhances resilience, with 92% of co-ops that have raised capital this way still trading.[6] Co-ops have aimed for long term value creation, rather than jacking up on debt just to grow fast and max the quarterlies. The signs are that during the recent economic shock, this has paid off.

Resilience was an underrated quality pre-pandemic, when fast moving disruption in pursuit of profit seem to produce ‘success’. COVID has shone a light on the inequalities in our society and prompted a reassessment of how we live, work and consume. The pandemic demonstrated how precarious the situation is for millions of households and businesses in the UK operating insecure jobs with no safety nets. Or how easily our supply of basic necessities can be disrupted. And, we were given a taste of how dramatically our lives will really need to change to avert environmental disaster.

What really matters is not just how resilient individual co-ops are, but how co-op growth can embed economic resilience on these most critical of terms: individual and household, community and place, supply chain and industry, society and planet.

Co-ops are, in the words of Kate Raworth, ‘distributive by design’.[7] The model is the best we have for distributing wealth and power through day-to-day economic activity. This is absolutely critical for transitioning to an economy that engenders widespread wellbeing within safe planetary boundaries.[8] In terms of economic resilience, nothing is more important.

Turning from planet to people, because co-ops tend to be very resilient, the jobs they support are as well. And it’s not just any jobs, but decent, empowering, wellbeing-enhancing livelihoods, especially in co-ops where workers are members. [9] [10] [11] When I think of Be Caring, the UK’s largest care workers’ co-op, Drive, a driver-owned taxi platform, or Essential Trading, a worker-controlled warehousing and logistics firm, I see how a proliferation of co-ops could address scourges like working poverty and mental ill-heath, which undermine the economic resilience of millions in the UK alone.

Worker ownership also strengthens local economies and supply chains. It roots operations, jobs, investment and decision-making in places, which is critical in an era of mobile and itinerate capital. The conversion of healthy businesses to worker ownership adds resilience by limiting the number of successions that fail, or fail to deliver for local economies and communities.[12] Evidence from Italy shows that with the right support, it is also possible to use co-operativisation to save jobs threatened by business failure. Encouragingly, researchers found “outstanding” survival rates for Italian worker co-ops created out of “once troubled firms”.[13] This is an area Co-operatives UK is actively exploring with local policymakers, including Labour and Co-operative Mayors in Sheffield City Region and Greater Manchester.

Co-ops come in all shapes and sizes. There is currently growth in multi-stakeholder co-ops that empower both the users and providers of a service. The multi-stakeholder model is an increasingly popular structure for platform co-ops. For example, Signalise is a revolutionary new app for Deaf people allowing interpreters, health staff and the Deaf community to all work together, putting these people first, not shareholders.

Co-operation between firms is also proven to enhance economic resilience. The strongest examples of this in the UK and worldwide are farmers’ co-operatives,[14] including Fair Trade co-ops in the global south.[15] But it’s not just farmers. In the UK, Open Food Network (OFN) is a co-op of farmers, growers, retailers, shoppers and buyers, who share a digital platform that facilitates food businesses and markets, such as online farmers’ markets. The co-op helped thousands of businesses and consumers to adapt to the shock of COVID, with the weekly turnover of OFN shops increasing by more than 1200% from mid-January to mid-May 2020.[16]

Co-ops are also a powerful tool for communities to secure essential services and support economic life in response to market failures. We estimate that at least 3,500 UK co-ops are instrumental in this regard, including local consumer co-ops, credit unions and community businesses in rural areas and deprived neighbourhoods. It’s telling that the most rural parts of the UK, the Outer Hebrides, Orkney Islands and Shetland Islands, have the highest ratio of co-ops to people.[17]

Our largest consumer co-ops, who’ve been embedded in their communities for more than a century, were at the heart of many mutual aid efforts during the pandemic. For example, Midcounties Co-op mobilised more than 1,000 volunteers and 100 community groups to make over 100,000 home deliveries to support vulnerable members. Meanwhile The Co-op Group, the most recognisable of retail co-ops, will come out of this pandemic paying front-line colleagues the Real Living Wage, while doubling the amount it gives to local communities.[18]

The potential for communities to use democratic ownership to safeguard things they care about is spectacularly borne out in the resistance to the European Super League. There’s a surge in interest in fan-ownership and co-op models, such as FC United of Manchester.

Since 2012 £155 million has been raised in community shares to save or revitalise over 400 local assets and businesses. This further demonstrates the enormous potential of co-operation to embed resilience in local economies.

So it’s no surprise that co-ops are a critical component of community wealth building, which is in part about local resilience in the face of tight public spending, dysfunctional economics, environmental emergency and social crisis.

Co-ops enhance economic resilience because they are a vehicle for shared endeavour and the distribution of power and wealth. As such they harness a powerful evolutionary adaption that has been critical to human survival for a million years and more.

Many of the weaknesses in our economy, especially in terms of social justice and environmental sustainability, exist because our dominant economic institutions subordinate this co-operative adaptation to more corrosive behaviours, like egotism and greed.

Yet in 2021 less than 1% of UK businesses are co-ops. Choosing a co-op model is not the ‘go-to’ way to do business. Most business advisors don’t understand the model. It’s not in our school curriculum, banks struggle to serve new co-ops effectively, the co-op option is not even listed on the GOV.UK ‘start a business’ page. This is all compounded by the fact that government-funded business support doesn’t cater to co-ops in key areas like capital raising, strategy and organisational development.

Governments national and local can play an instrumental role in putting this right:

If resilience is a policy priority, then creating fertile conditions for co-op growth really should be as well, if we are to follow the evidence, co-ops really do have the key components to rebuild our economy for a fair and equitable future for all.

[9] Virginie Pérotin (2015) ‘What do we really know about worker co-operatives? 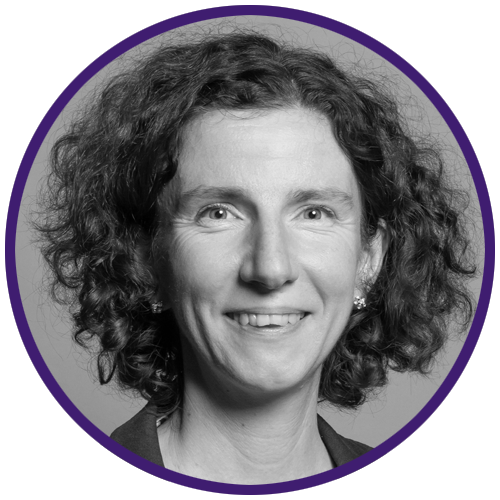 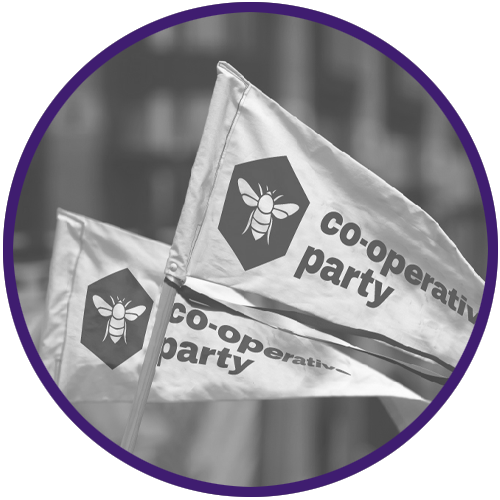 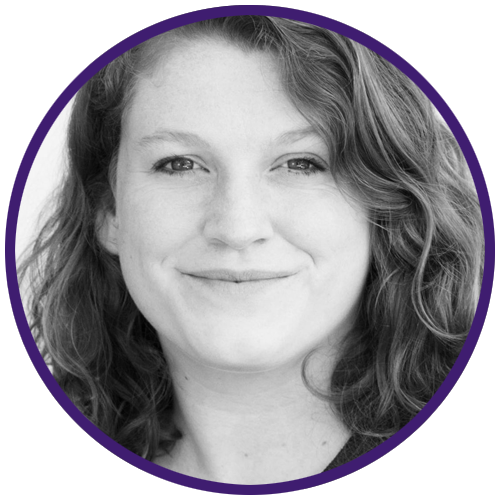 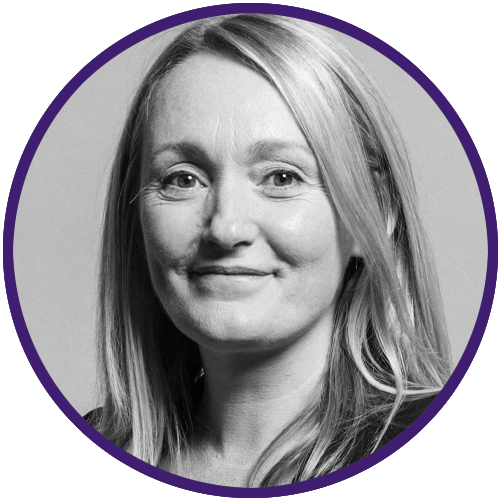 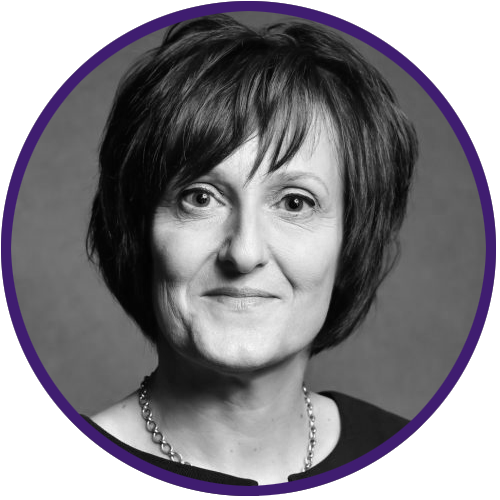 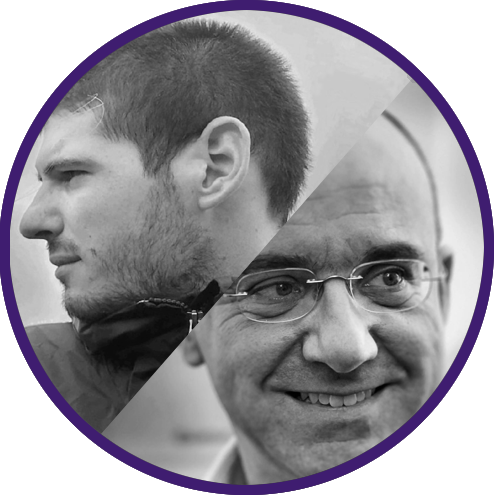 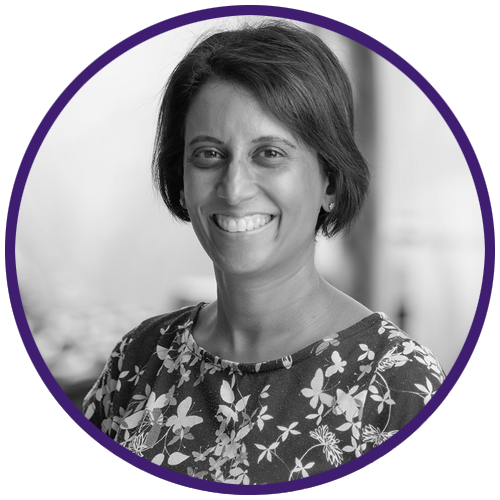 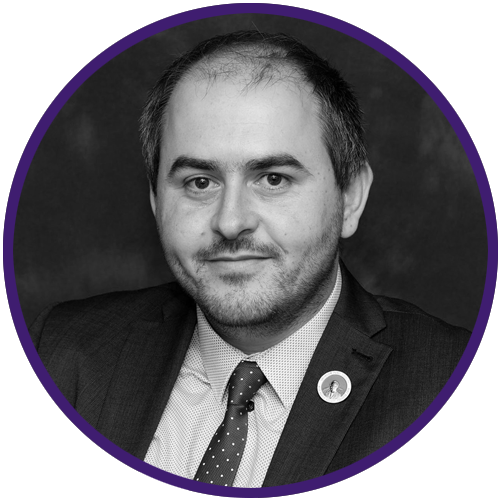