Both candidates for the Scottish Labour Deputy Leadership election submitted statements for consideration of Scottish Co-operative Party members. Members were balloted up until Wednesday February 12th to select the candidate they wished to nominate. 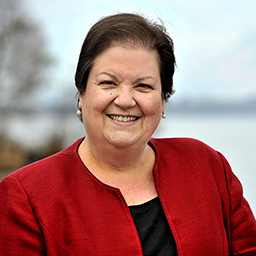 I am standing to be deputy leader of Scottish Labour and writing formally to ask for your nomination. As a proud Co-operative Party member, I would be honoured if you would support me.

Next year we face a Scottish Parliament election that will shape our country for generations to come. We can do better than this. But to win again, we must unite, bring together the talents from across our movement and empower the people who want to improve our lives.

The strength of our movement has always stemmed from our foundation of shared values that seeks to put democratic, public ownership at the heart of our communities and economy. But to truly take on the SNP and the Tories, we will need to do that from power, not opposition.

I know the difference it makes when our party wins: the smoking ban, free personal care and free bus passes changed people’s lives for the better. And in power we put co-operative policies at the heart of our agenda securing Land reform and establishing Co-operative Development Scotland to promote the development of co-operatives.

My commitment to putting mutual values into practice, has spanned my time in the Scottish Parliament.

As a Social Justice Minister in the Scottish Labour government, when the parliament was in its infancy, the first legislation I guided through our Scottish Parliament exempted co-operative housing from the Right to Buy. In the same role I delivered the very first credit union development plan, backed by new resources, to expand the movement.

And just weeks into the new decade, I have used time in Parliament to make sure Scotland’s new National Investment Bank was able to invest in co-operatives, social enterprises and third sector organisations, recognising their vital role in regenerating our communities. A publicly-owned institution that will have the power to invest, from the get-go, it must also allow us to share the wealth we create together. Likewise, I am pushing for consumers themselves to have a democratic say at every level of the new Consumer Scotland body, without which its true power will never be realised.

But there is more to do if we want to empower people to improve their lives. Municipal bus companies may soon be a reality, but that hard-won change has taken too long to secure. Hopes for community broadband have been dashed. Co-operative Development Scotland has lost its original driving mission and needs funding and a statutory underpinning. And across the country workers’ say in their firms is diminishing, with change and job losses forced upon them by big business.

I am proud to have held my seat in every election since devolution, because politics is local as well as national. Having won five elections in Dumbarton through good, local campaigning, as Deputy Leader of the Scottish Labour Party I would secure more organisational resources for Scotland to organise, win and return more Co-operative MSPs in 2021, preparing the ground for the 2022 Council elections.

Our joint successes, as the Co-operative and Scottish Labour parties, has always shown that we are greater than the sum of our parts; only by organising and uniting our movement, can we win again. 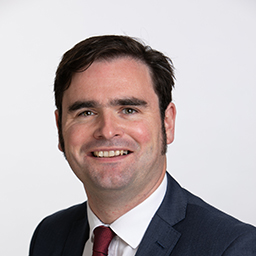 I write to ask you for your support as I stand for Deputy Leader of the Scottish Labour Party.

As a member of the Co-operative Party for 20 years, previously serving as its secretary in Glasgow, and stood as a Labour and Co-operative Candidate for UK parliament on two occasions, I am not only committed to the co-operative ethos, but also in raising its profile at every opportunity.

Having served as a councillor in Glasgow for almost 13 years, I had the privilege of leading the Co-operative Development Unit, working to put our shared values into action whether it be in supporting Student Housing Co-operatives in Glasgow and elsewhere, promoting and supporting community transport, or in working with Glasgow’s credit unions to promote them to the next generation of savers. As a former postal worker, I remain active within the CWU, and I have been grateful to have had the opportunity to make the argument to Scottish Ministers for a Postbank in Scotland, delivered in partnership with our credit unions.

As co-operators, we know that politics doesn’t just happen in chambers though; it happens in every community and workplace. For too long power in Scottish Labour has been centralised in the bubbles of the Westminster and Holyrood groups.

We must recognise the talent that exists in every strand of our movement and promote a new generation of political leaders to rebuild voters trust in Labour.

We need a new approach, and new answers fit for the new decade. We must better engage with the abilities and experience of all our members. But if our party is to have a future we must listen to and bring forward the ideas and experiences of the next generation – A generation of activists who don’t remember 1997, but know full well the struggles of 2020 and what needs to be done to take them on.

As Deputy Leader I will be the liaison between the leader, the affiliates, the party organisation and the membership and will be fully focused on building up the campaigning capability and confidence of the membership so that the Labour Party can once again be seen to be a part of the social fabric in communities right across Scotland, challenging the establishment not replicating it.

We need new approaches, new policies and a new culture that rids ourselves of harmful attacks on each other via briefing leaks or online. We need a new campaigning focus, a new way of tapping into the skills and talents of our membership and we need new faces, including a fresh new Deputy Leader, as part of a new generation that is ready to take on our opponents and support, not challenge, our leader Richard Leonard as we build for the 2021 election.

It’s time to move forward - diverse in ideas and united in ideals, confident in our case and in our cause.

I will work every day to deliver this as Deputy Leader of Scottish Labour.