In 2021, due to the restrictions imposed following the Covid-19 pandemic, the Co-operative Party is holding a series of virtual online-only Conferences across all areas of the UK.  Members and supporters from across Northern Ireland are invited to take part in the online Annual Conference of the Co-operative Party Northern Ireland which takes place on Zoom on Saturday 22nd May 2021 , 9.30am – 13.00pm 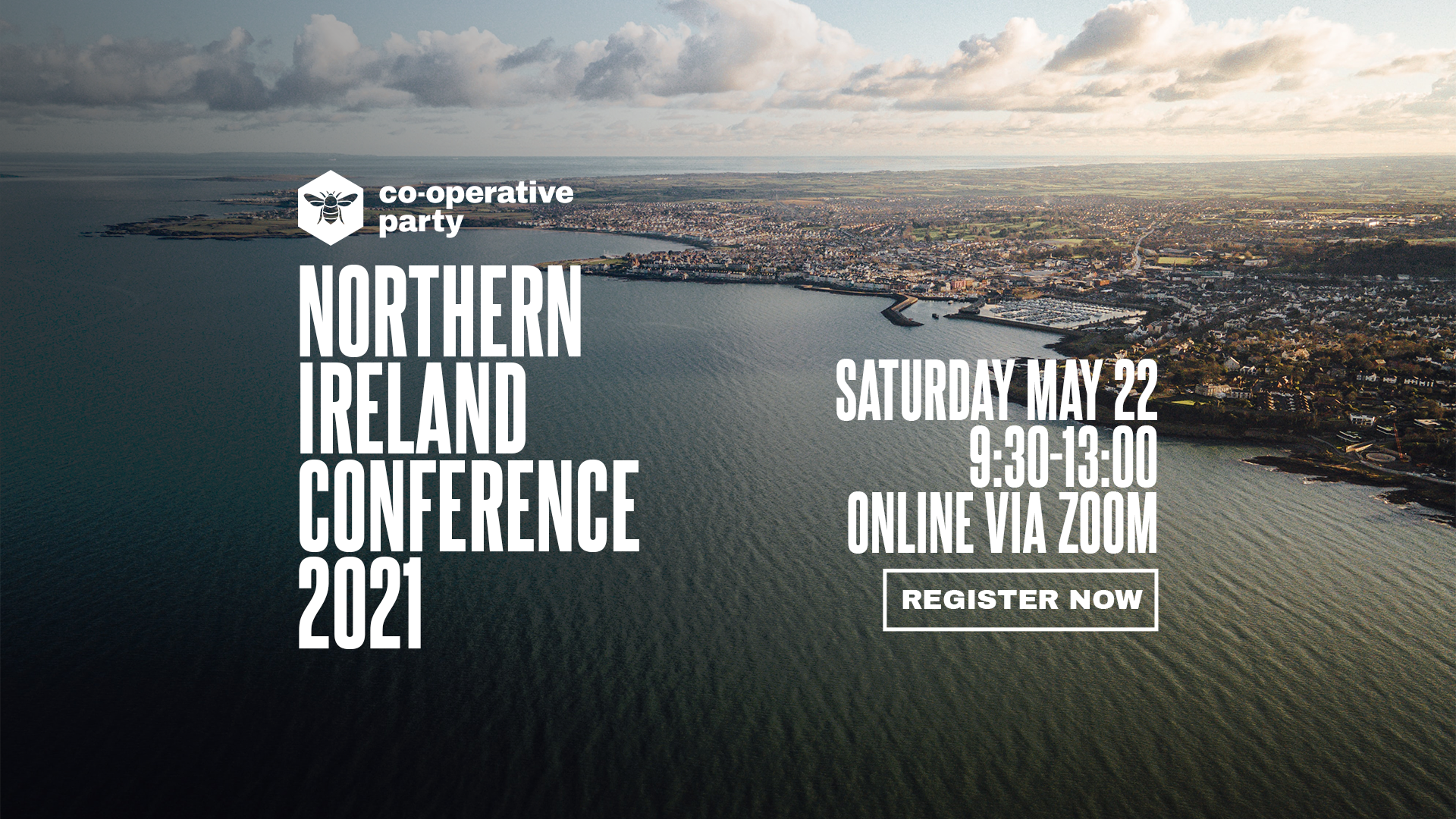 Followed by a series of chaired Panel debates, with invited guest speakers talking on the 3 topics and then taking questions, as follows:

11am Co-operative Development in Ireland, Scotland & Wales with speaking panelists: