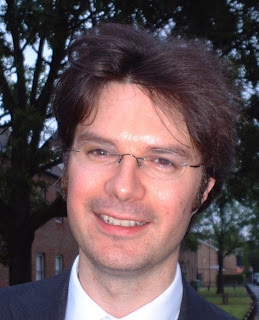 A new record low yield for government gilts should warn us of the potentially awful economic consequences of the Coalition government’s spending cuts. Since May 6th, prices in the Gilt market (government bonds) have been rallying faster than the US, despite the fact that the economic data for the US has been much worse (this week, the US housing market’s sales plunged by the largest amount in decades).

The new all-time low in gilt yields is definitely not a sign of confidence in the Government’s spending plans: the recent low in Gilt yields was in March 2009, when world stock markets were hitting their lows.

The rise has also been in the face of a huge net supply of gilts. The Bank of England announced in February that they would halt quantitative easing (QE). Because the QE operations had bought an amount of gilts almost equivalent to last year’s borrowing requirement, there were fears that the gilt market couldn’t withstand the huge net supply – this would be the first year we’d seen if the market could really absorb 10% of GDP in borrowing: we were told the UK was heading the way of Greece, and soon investors would boycott UK gilts, the 10yr Gilt yield in February this year was at 4.49%.

However, since February, with more gilts to buy than you could shake a stick at, yields haven’t looked back.

It was ridiculous to speak about a borrowing crisis at a gilt yield of almost 4.5% when gilt yields had been between 5.5%-6.5% for most of the past decade. In fact, given a possible deflationary scenario, 4.5% yields should have been interpreted as a healthy signal for the economy – there was some competition for savings. Now, with gilt yields heading towards 3%, savers have decided the only thing they want to buy is Gilts, and this is very bad. That way leads to a ‘Japanisation’ of our economy. And it’s the fear of the Government cuts to come that is pushing us there.