His platform for the election, ‘a Co-operative Community’, sets out ambitious plans on devolution and regional development, and puts co-operative principles to use to offer a new, more radical approach to the region’s services and economy.

It seeks to put local people at the heart of everything he would do if elected Mayor, ensuring they have a greater say in the choices that affect their lives, and a greater stake in the services they rely on. 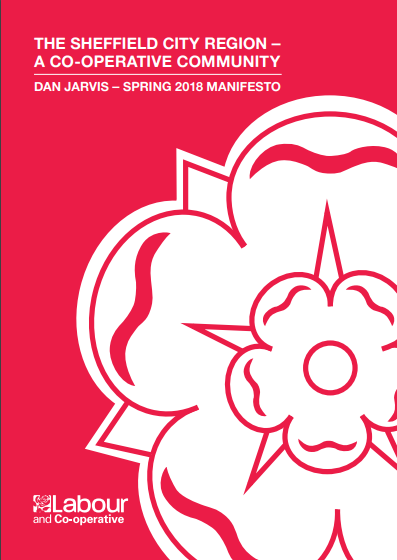 For example, to develop a strong economy, Dan has committed to supporting new co-operative start-ups, as well helping existing ones to grow. He plans to support employees to play a greater role in their workplaces and support all businesses to be more purposeful and values-driven.

Building on the models set out in the Co-operative Party’s ‘Six Steps to Build Community Wealth’, the Manifesto proposes a new Business Advisory Panel, which will be tasked with developing initiatives to ensure the public pound is spent with businesses that have a track record of creating local jobs, using local supply chains, paying the real Living Wage, and demonstrating co-operative values. The Panel will also have a role in advising how co-operative principles can deliver more inclusive and efficient public services.

Echoing the Co-operative Party’s long-running People’s Bus campaign, the manifesto pledges support for new, not-for-profit and co-operative bus services, as well as a greater voice for passengers and staff in transport decision-making. Co-operative housing schemes are promised support too, along with commitments to expand the coverage of the South Yorkshire Credit Union and community ownership of services facing cuts through protecting assets of community value.