A Plan for Co-operative Expansion 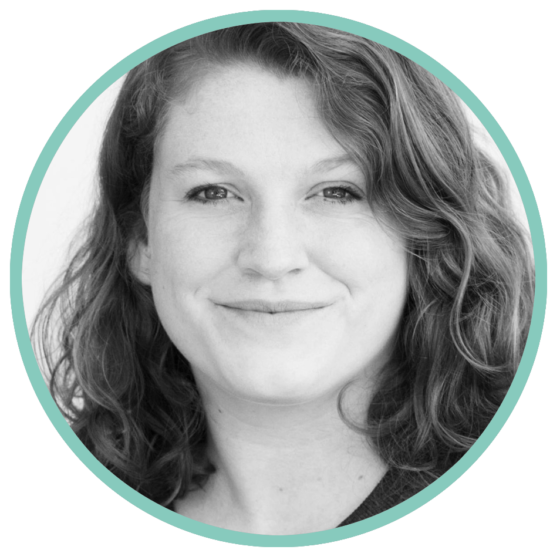 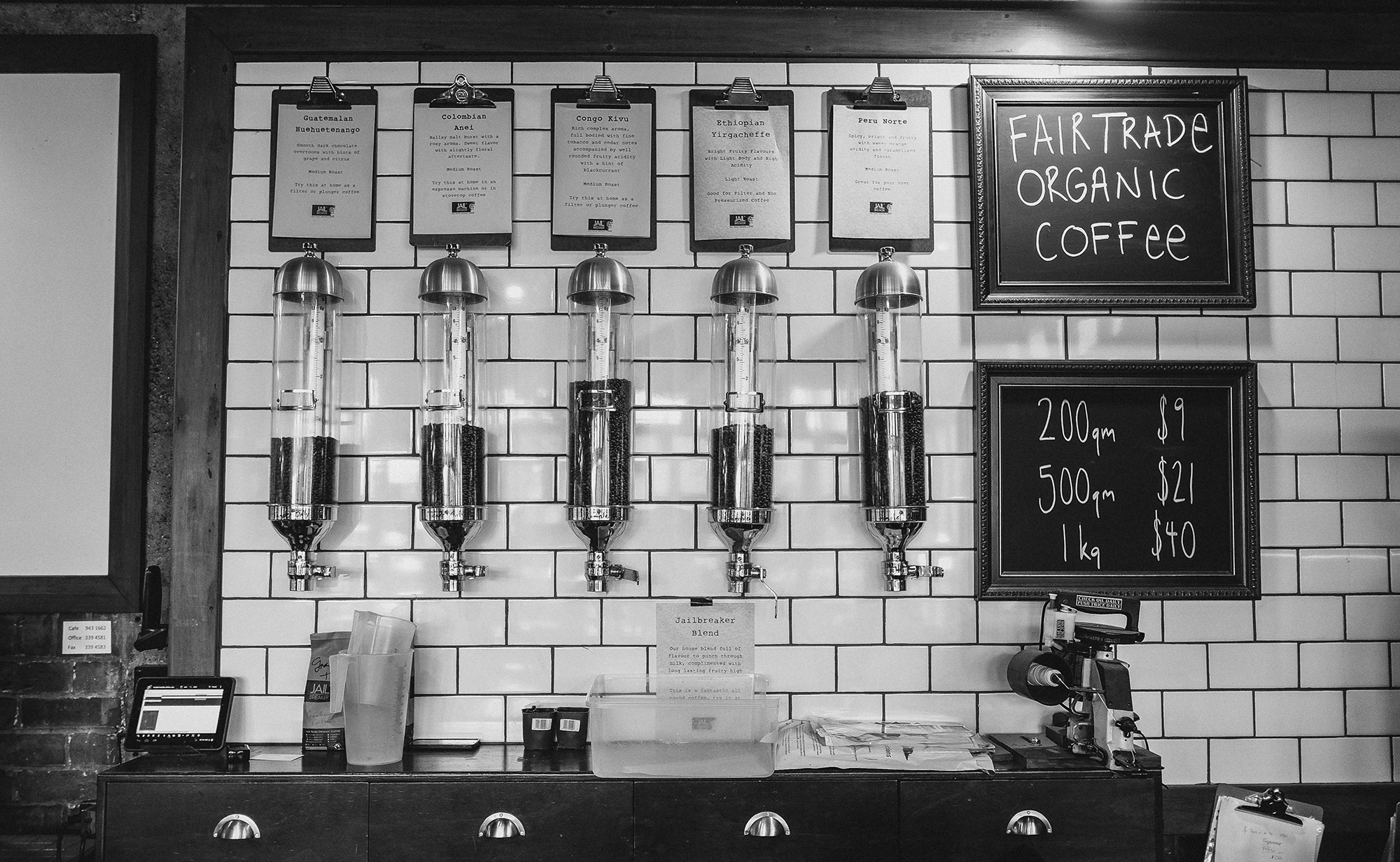 An economy characterised by a bigger co-operative sector is more equitable, productive and accountable. The conditions that enable co-operatives to thrive also help create a narrower gap between the rich and poor and reward responsible corporate behaviour. This can be seen in communities like Emilia Romagna in Italy, where co-operative enterprises generate close to 40% of GDP in the province resulting in the lowest socio-economic inequality of any region in Europe.

The UK’s co-operative sector, however, lags behind that of our neighbours. It is testament to the tenacity of the sector that it is worth £38.2 billion, up £340 million from the previous year.[i] Co-operative growth and expansion are hindered by a legislative and regulatory framework that is designed for privately-owned businesses. While member finance and community share offers have been very successful in financing community energy, co‑operative pubs and other projects and enterprises, the unique structure of co‑operatives means they are often excluded from traditional investment methods. This unequal playing field places the sector at a competitive disadvantage and makes it easier for new enterprises to adopt conventional business models.

The post-Covid economy will be an even more hostile operating environment for any business – let alone those which, like co-operatives, already have the odds stacked against them. Reduced household income will affect consumer spending – especially in lower income households who are seeing a much greater proportional drop in income. Many existing businesses will have higher levels of debt, having borrowed to survive the crisis, others will be faced with rebuilding depleted workforces with staff furloughed, sick or with new caring responsibilities. Mortgage holidays and business rates relief will end, and outgoings may increase faster than business picks up.

In order to rebuild the economy, co-operative enterprise will be crucial. Co-operatives are a more resilient form of enterprise - less vulnerable to shocks, focused on longer term, sustainable decision-making, and more productive. A study by the Quebec Ministry of Economic Development, Innovation and Export found that the survival rate for co-operatives after five years was 62 per cent, compared to 35 per cent for all businesses[ii] and in Italy 87 per cent industrial worker co-operatives survived their first three years, compared with 48 per cent of all businesses.[iii]

Despite the sector being much smaller in the UK than overseas comparisons, the data shows the same here, with new research from Co-operatives UK showing that 76% of co-operative start ups are still flourishing after the difficult first five years, compared to just 42% of new companies.[iv]

To build a fairer, more resilient and more productive economy, co-operation must become the mainstream option. This won’t happen without intervention – at a bare minimum, the barriers to co-operation need to be taken down. But beyond that, the case for more proactive intervention is a strong one. Investing in co-operative development helps one of the economy’s most resilient sectors lead our recovery, ensuring productivity rises and fairer distribution of wealth. 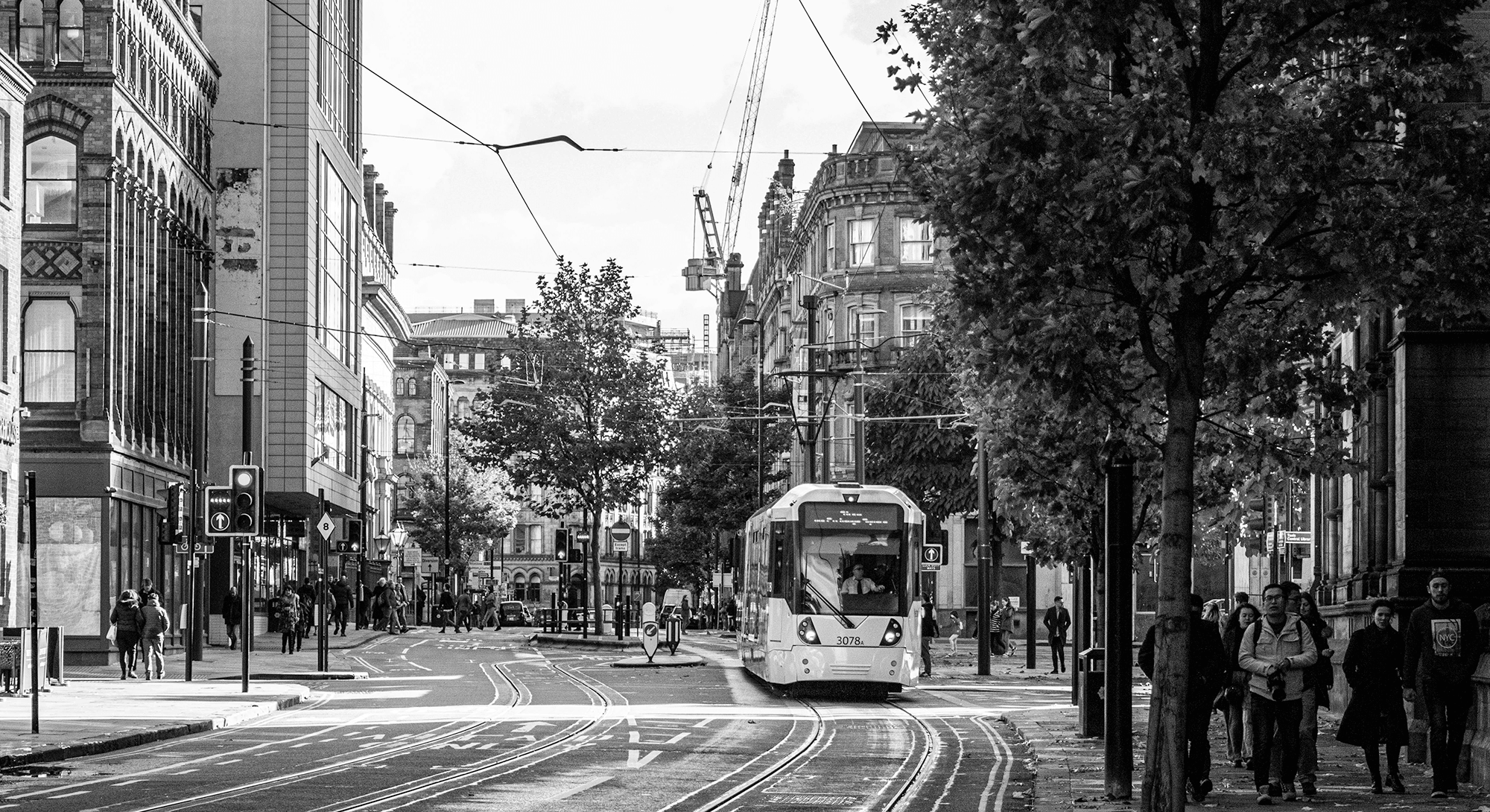 In order to grow the co-operative sector, there need to be proper structures in place, including a national agency and a network of regional agencies across England to enable practical, proactive co-operative development advice and support in every community, tailored to suit their own regions. These should work in partnership and provide support on non-devolved matters with CDS and the WCC, and a new Northern Irish agency.

There should be a Co-operative Development Agency in England and in Northern Ireland, as well as further support for the Wales Co-operative Centre and CDS in Scotland. This should include regional and local capacity to drive co-operative growth on the ground.

The agency would be able to draw down national funding to focus in those regions hardest hit by coronavirus and in the sectors where there is the greatest need and/or opportunity. For example, in regions where the manufacturing sector has been hurt, investment in green co-operative business would both enable local regeneration as well as contributing towards tackling the climate crisis.

By operating at a national level, the agency would be well positioned to champion co-operatives in the corridors of Whitehall, helping to prevent any unintended negative consequences on the sector of new legislation and regulations. It would be able to partner with organisations within the co-operative movement such as Co-ops UK, ABCUL, the BSA and the National CLT Network, as well as other professional bodies representing accountants, finance professionals and lawyers who provide business support but may need help to better understand the needs of co-operatives.

The Wales Co-operative Centre and CDS currently perform co-operative development activities in Wales and Scotland respectively, where there are also many relevant powers devolved. The Scottish Co-operative Party has long called for CDS’ role and structure to be reviewed, and its remit widened – for example, to include housing, its funding to be increased, and that it be given a statutory footing. Similarly, the Wales Co-operative Centre should be able to access more funding, especially to replace the portion of their funding that they currently receive from the EU, and proper signposting from other business advice portals. In Wales, the Labour Government want to see growth in co-operative businesses, so the infrastructure to support that growth must be there to match.

A focus on regional, bottom up co-operative development

Co-operation is not a top down endeavour, so while a national agency is able to draw down funding and co-ordinate activity, the real graft is done on the ground, working with communities and local government to support sustainable co-operative development from the bottom up.

Excellent work on regional co-operative growth has been started in Greater Manchester and South Yorkshire, where the metro mayors have led investigations into their local economies and developed recommendations to support the sector. The Greater Manchester Co-operative Commission has proposed a co-operative enterprise zone, for example. These commissions show how answers can be developed locally, led by and responsive to local economic need and aspirations. 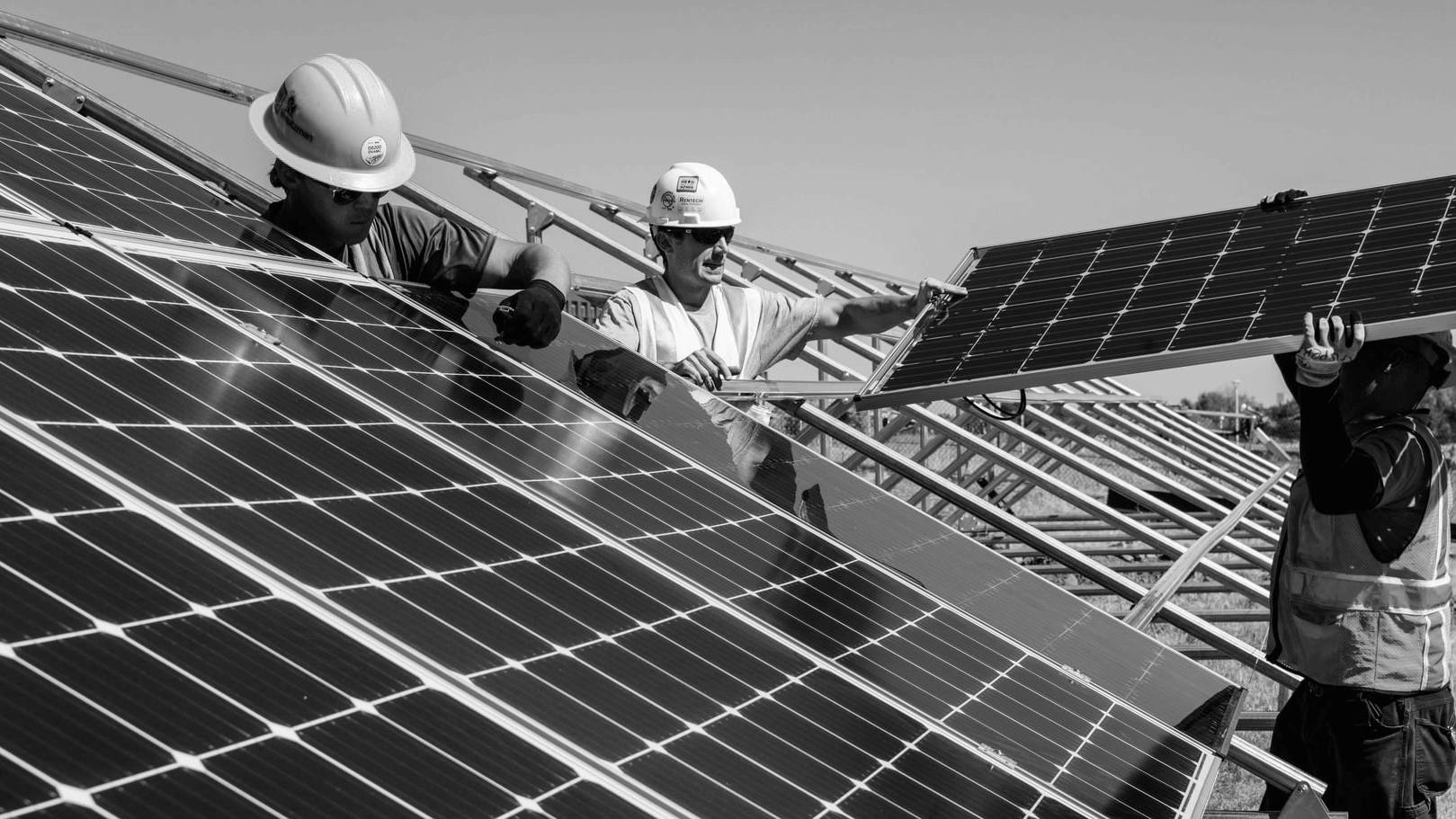 Given the range of co-operative endeavour and types of co-operative currently involved in the sector it is likely that there will be requirement for a range of tools which co-operatives can use in the development of their operation.

For too long, co-operatives have faced uncertainties, arcane financial strictures and a lack of flexibility. In particular, in relation to how they raise and retain capital, co-operatives are at a disadvantage to their shareholder owned competitors.

Co-operatives cannot raise money by issuing transferable shares. Instead their capital comes from retained earnings built up over time, and various forms of withdrawable capital or debt. As a result, co-operatives have less money to invest, to innovate and to grow their businesses. There is a need to facilitate new permanent capital in co-operatives without members losing democratic control.

In Australia, new laws have just been introduced which create a ‘Mutual Capital Instrument’, a type of share available only to mutuals which protects their co-operative nature.

One very relevant new international example of new capital instruments for the co-operative sector was passed in April this year in Australia, through the Treasury Laws Amendment (Mutual Reforms) Act 20191. This new Federal legislation creates in law a new mutual capital instrument for federally registered mutual businesses – meaning a new type of share which may only be issued to mutual entities. This new share is bespoke for the co-operative movement, providing them with access to a broader range of capital raising and investment options without risking their co-operative status and structure.

For the purposes of their Corporations Act, this mutual capital instrument is a “security” meaning they are subject to the same regulatory regimes and scrutiny as other share issuing including fundraising and disclosure requirements. However they differ from other forms of share because they must meet certain requirements to do with governance and dividend payments.

Similar new capital instruments should be developed in the UK – which enable the raising of an unlimited amount of capital; which are classed as an equity rather than a liability; which are attractive to investors, and which are consistent with co-operative values and principles.

Accompanying this, there should be statutory safeguarding of co-operative assets for the purpose they were intended – meaning a protection against demutualisation, ensuring the assets built up by a co-operative as a result of its disinterested ownership cannot be taken over by investors looking to “liberate” it for private benefit.

Co-operatives are currently often disadvantaged by a lack of understanding of co-operative business models by potential lenders – and more widely, banks are often hesitant to lend to SMEs. A new duty on banks would encourage greater lending to co-operatives, and would ensure that banks are held to account over the types of businesses they support.

Mutual methods of working for SMEs across Europe ensure that there is another avenue for attracting funding. Mutual Guarantee Societies (MGSs), which have several forms and legal underpinning, allow up to 9% of all European SMEs to work together, pay into a MGS and more easily access banking lending. Their attraction as a model is that they enable asset light SMEs, including co-operatives, who don’t have the collateral to borrow against, to work together to secure loans.

For the UK to have just one MGS – the British Business Bank – does not allow British SMEs to be as competitive and as well placed to innovate as their European counterparts. Labour should call for the Government to provide the appropriate regulatory guidance to allow MGSs to form.

The existing British Business Bank could also be strengthened to become an important lending and guaranteeing institution to underpin banks’ lending to co-operatives.

The funding should step up annually so that the agencies in each region are able to grow capacity and demand, building on successes and developing enduring partnerships with local government. Regional co-operative development agencies and a partnership approach with local government and other local and regional bodies will help to ensure funding is delivered in a locally-relevant way, reflective of the unique experiences and economic challenges in every area.

Community shares are an excellent way to raise the capital needed to install community solar panels or take over a local football club. Many of these have successfully taken place in some of the UK’s most deprived communities, from Brixton to Blackpool.

However there exists a risk that in the lower income communities who would benefit most from co-operative and community-owned projects are least likely to have sufficient disposable income to be able to invest in them.

For schemes financed through community share offers, projects which align with regional or national co-operative economic development priorities can apply for matched equity investments. This would be targeted at lower income communities and regions which have been hardest hit by Covid-19 and the lockdown, where share offers are more likely to struggle to raise enough to finance a community owned project alone.

Read the previous chapter: A Plan for Fair Tax

Read the next chapter