Another Co-operative Party Annual Conference has been and gone. We may have packed up our banners and said our goodbyes, but we left Glasgow full of exciting ideas, passion and ambition for a co-operative future. Here are some of the main things we took away from last weekend. 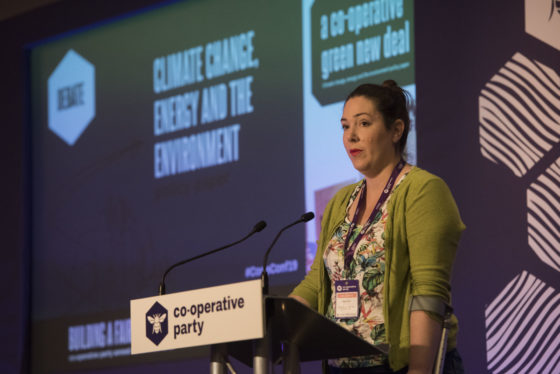 Social responsibility, solidarity and care for the community are all values lying at the heart of the co-operative movement. Last weekend, delegates at conference proved this by overwhelmingly voting in favour of an ambitious, radical Co-operative Green New Deal.

At the centre of the policy is a fundamental need for a just transition, one that protects workers and communities from bearing the brunt of climate change. It is vital that the inevitable loss of jobs in industry are met with new green innovation and new skills, jobs and training to match. A green industrial strategy will also provide practical support for the founding of new green co-operatives, ensuring that everyone has a stake in the building of a greener, cleaner economy.

The policy also emphasises the principle of subsidiarity, a key part of co-operative politics. This means that, wherever possible, action should come from the bottom up. Communities should have the chance to shape their own local low carbon economies, with the power to tweak and adapt to meet local need. Giving ordinary people a stake in this transition is common sense – community energy projects have shown that the co-operative model encourages more sustainable consumer behaviour.

Conference also made a clear commitment to the adoption of a 2030 zero carbon target, as opposed to the Government’s cautious 2050 target, which will come too late for so many.

Climate change isn’t coming, it’s happening – and as one delegate put it, “it’s co-operation and collective action that will save us”. 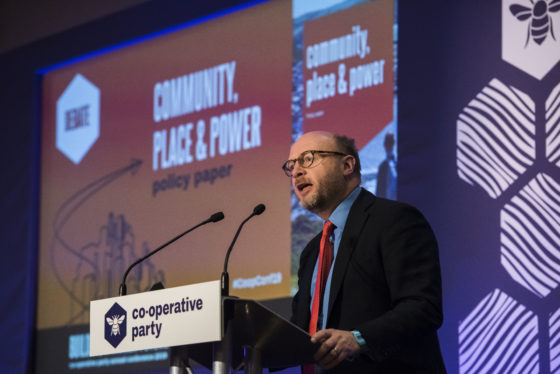 Empowering people to take control over the issues that affect them most is not a new idea for the Co-operative Party, it’s one that has been a fundamental part of our DNA for over 100 years. Devolution isn’t just about moving power from one place to another, it’s about the hands into which this power falls and concentrates. The debate on community, place and power at conference showed that co-operative devolution is needed now more than ever – as one delegate put it, “It’s been said that if you have principles, you need power. We have the co-operative principles, now we need the power”.

We heard from delegates that, even in Labour-led areas, local people are having less and less say over the things that impact them most. Whether it’s the outsourcing of large service areas, taking procurement out of local areas or the scrapping of regional fire and police authorities, it seems that local power is in crisis. Our policy, also passed with overwhelming support, focused on solving some of these issues through growing local co-operative economies, increasing fiscal devolution and restoring a local democratic voice through co-operative media models.

We also heard strong support for the increased role of the citizen voice. Whether it’s social care, transport or housing, local people should have the opportunity to shape their public services. This can be done through citizens’ assemblies, participatory budgets, online engagement and public meetings. This approach has already had clear success across the country, and offers a great opportunity to truly put co-operative principles into action.

Co-operation is clear across the Labour movement 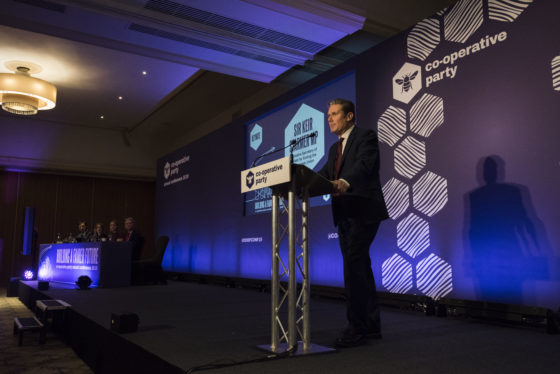 As our keynote speakers proved, co-operation is alive and well across the Labour movement and across the UK. Scottish Labour leader Richard Leonard committed to building a “Mondragon of the north”, including the introduction of an Industrial Reform and Common Ownership Act, giving Scottish workers a new right to buy an enterprise when it is facing closure or up for sale.

Christina McAnea, the Assistant General Secretary of UNISON, emphasised the strong link between the trade union and co-operative movements, from community wealth building to working to reform ownership of water. She also highlighted the strength of Glasgow’s credit union tradition, boasting some of the biggest credit unions in the country, including the NHS Credit Union.

And finally, Keir Starmer rightly noted that giving the people a final say on Brexit is good co-operative politics – “We all know – especially the co-operative movement, for too long, too many decisions have been taken by too few…and too much power is held back from working people”.

The future may be uncertain, but co-operators have so much to be excited about. Co-operative policies are combining idealism and radical thinking with real and tangible models that can and will change people’s lives for the better.