As world temperatures soar and we face record flooding, wildfires and other natural disasters linked to climate change, the latest IPPC report signalled a "code red to humanity".

But hope isn't lost: scientists say we can avert the worst of the coming climate catastrophe if we act fast. But the current UK Government target of reaching net zero by 2050 simply isn't enough.

That's why we're asking you to join us in calling on the Government to speed up their timetable and adopt a zero carbon by 2030 target ahead of the COP26 climate summit in Glasgow later this year.

We first called for a zero carbon by 2030 target in 2019, as part of our Co-operative Green New Deal plan that would ensure we all benefit from the transition to a greener economy, with a radical decarbonisation programme that creates jobs and ensures polluters – not ordinary people – pay the cost.

This pandemic has taught us that when the world and its communities rally together to meet unprecedented challenged, we can achieve more than when we act alone. Stand with us, and stand up for a more ambitious climate plan now. 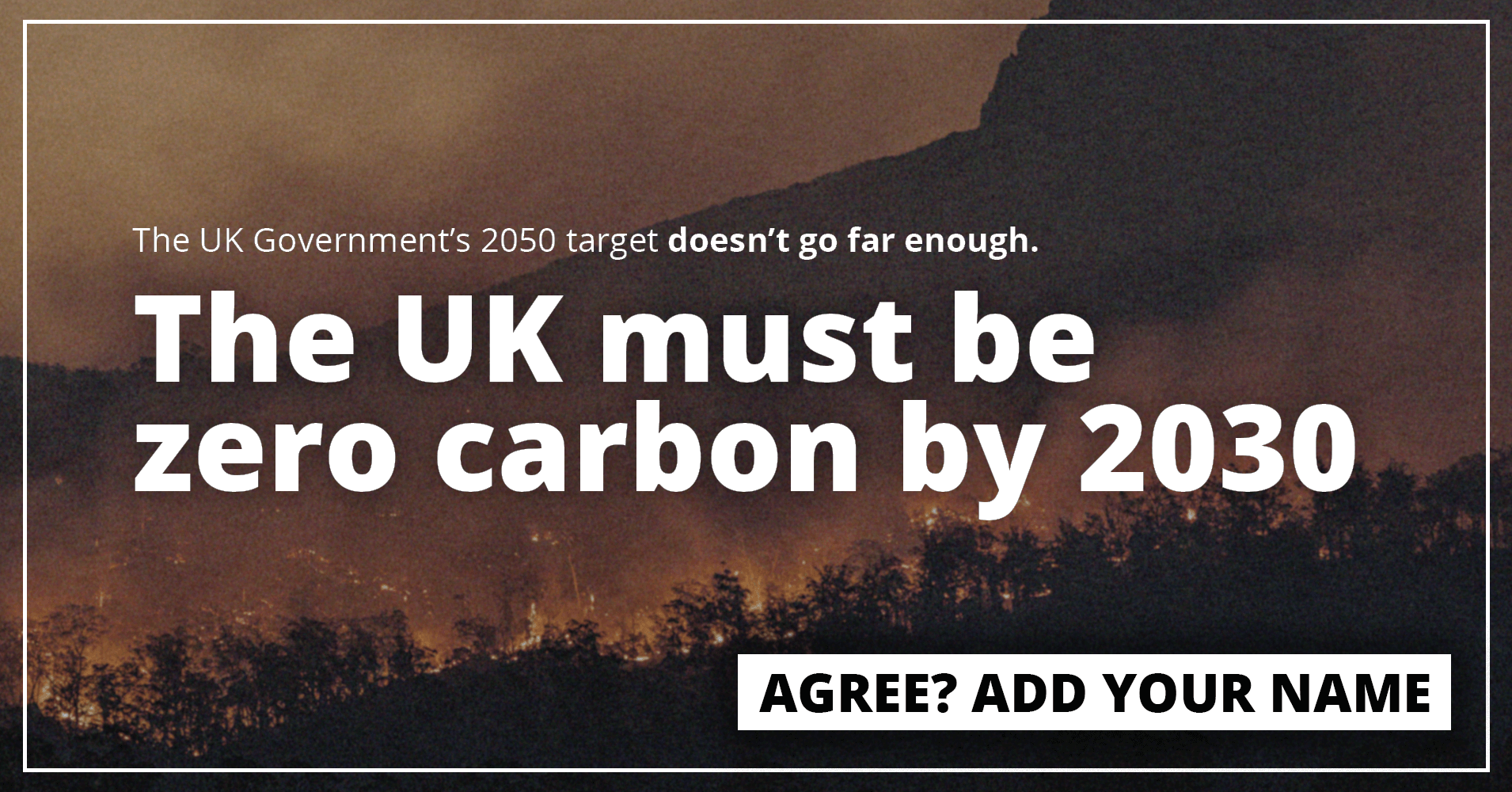