As world leaders meet to try and reach a deal in Copenhagen, Rob Marchant takes a look at co-operative approaches to tackling climate change. 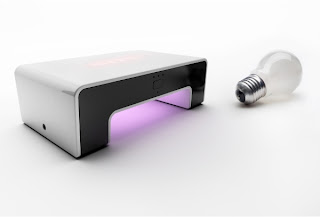 There was a time, not too long ago, when many thought that energy-saving co-operatives were the preserve of sandal-wearing do-gooders.

But no longer: the worldwide spotlight which tackling climate change is currently enjoying, as one of the defining political issues of our generation, has brought collective power bargaining back into sharp focus to a new generation of cool, climate-conscious co-operators.

For a start, it makes obvious sense that pooled bargaining power for energy consumption can reduce costs for everyone. But going further than that, it may also facilitate the economical purchase of metering and other energy-saving devices, to cut not only the cost per unit, but the number of units used.

While this “double whammy” on fuel costs might not be good news for the oil companies, it’s great news for consumers, especially for the 20% of British households who live in fuel poverty. And, even more importantly for future generations, it’s good for the environment too. Cooperatives can also choose where they buy from, and so by bargaining collectively can make renewable sources more affordable for them. As usual, the Co-op doesn’t suggest that the state takes on large areas of ownership, but that it acts as facilitator and support, so that people can help themselves.

Where else could the government or co-operatives help? Well, in my own view, it’s important to take action to address further the cashflow issue of some energy-saving devices, such as expensive meters or solar panels. Basically they save you money in the long run, but in the short run people often don’t have the cash to make the upfront investment, so they don’t make it. The Carbon Trust has done some excellent work here in providing low-cost financing for high-capital items, but I believe more needs to be done, as the purchase decision for most of these items is a no-brainer. Why would you not buy something that saves you money?

Within the co-operative movement, it would also be great to see a mutual solution to this, a building society-style organisation which could provide low-cost loans to such energy co-operatives or individual consumers for capital goods, and which would prevent financing from being an obstacle to tackling the energy problem.

Finally, let’s not forget what the Tories would do if they came to power – we all know the disdain which they hold for co-operatives, and it’s a fact that Tory councils are the country’s top blockers of wind farms. Worse than this, it’s clear that any measures such as these, which might limit the revenue that their friends in the utility companies make, would not get any kind of priority under such a government.

For the fuel poor, for our dependence on foreign oil and for the environment: it doesn’t bear thinking about.

Rob Marchant is co-owner of bgreen, a shared-ownership project to sell anti-climate change products, and a member of the Co-op Parliamentary Panel. His political blog, The Centre Left, can be found at thecentreleft.blogspot.com.